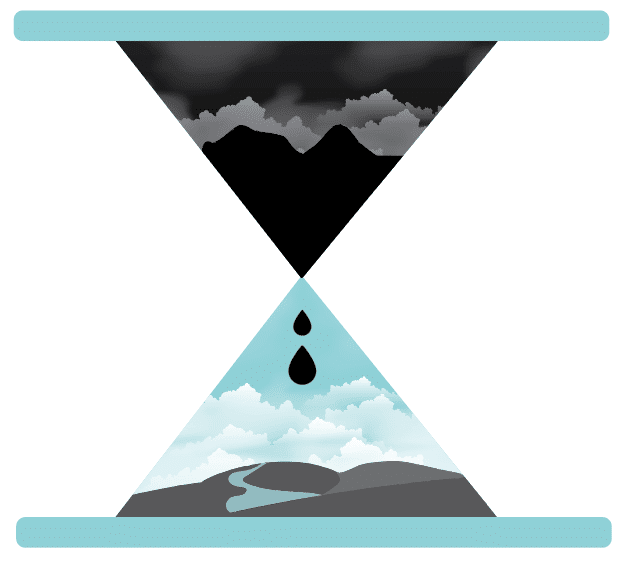 The Pursuit of Eternal Life

In August 2016, over a weekend in San Diego, California, the Revolution Against Aging and Death (RAAD) Festival unfolded. In her report for The Ringer, Kate Knibbs observed: “It’s not polite to call someone old, but at RAAD, where eternal youth is seen as a lost birthright, it was sacrilegious. People were ‘ageless.’ I was not a convert to the cause, so I can say it: The attendees were mostly 65-plus, tanned, caftan’ed, and old.”

Delivering the event’s keynote (via “telepresence robot” no less) was Raymond Kurzweil, Google’s “chief futurist and techno-prognosticator,” with an optimistic message about the progress of artificial intelligence and its role in exponentially elongating human lifespans.

Silicon Valley’s involvement in the anti-ageing arms race is conspicuous, to say the least. In 2013, Google launched California Life Company — Calico for short — a research and development company aimed at enabling people to lead longer and healthier lives, while a number of dotcom founders have thrown significant amounts of money behind research in the field.

Some Silicon Valley denizens have attributed this relationship to the analytical engineering culture and spirit of limitless confidence characteristic of the region, but also, more practically, a sense of mortality blooming within those in a position and with the means to effect some serious change. “I’d look at how old all those guys just turned,” Sonia Arrison tells Adam Piore, who in turn lays it out for us: Larry Ellison is 71, Peter Thiel is 48, Larry Page is 43, and Sergey Brin is 42.

Increased interest (and increased funding) in longevity no doubt can yield tremendous benefits — researchers very conceivably could uncover solutions for diseases like Alzheimer’s and cancer on the path to “hacking” aging. Where there is hype, and where there is a market (especially such a boundless one; ageing “affects” everybody), however, will also be streaks of irresponsible and exploitative behaviour.

EMPTY PROMISES, OR A FUTURE AT HAND?

“Comments like one by [gerontologist Aubrey] de Grey, who said ‘I think the first person to live to 1,000 might be 60 already,’ irritate researchers like [Matt] Kaeberlein,” relays Piore. To her discomfort, Knibbs detected a similar lack of nuance at RAAD and a lot more of an agenda: “It’s even less fun to watch senior citizens get sold on an empty promise. The audience was told, again and again, that it was in their power to direct how they age; they just had to open their wallets.”

Environmental and sociopolitical implications of inorganically extending our lifespans aside (that’s a discussion for another time), another concern surrounding this quest for immortality, expressed by Knibbs, is that it will “leave behind a trail of people sapped of their money and convinced that dying is a human failure instead of just human.”

Because, really, why are we trying to “solve” death?

A MORAL AND PHILOSOPHICAL RECKONING

For some, like late architects (and husband-and-wife duo) Madeline Gins and Shusaku Arakawa, it understandably presents a “sad, terrifying” reality. Gins and Arakawa set up the Reversible Destiny Foundation and worked relentlessly (and incredibly) to build spaces that would keep people from dying. Their goal, they professed, was to “construct optimism.”

For millennia, mankind has reckoned with the meaning of life by counterposing it with the mystery, and inevitability, of death. Some have come out of this existential push-and-pull with their senses sharpened and values thrown into relief.

Lucius Annaeus Seneca, a Stoic philosopher from the first century, had one of the most clarifying attitudes towards death that endures to this day. “Time adds nothing to the finer things in life,” he wrote in one of many documented letters. For Seneca, our awareness of our limited time on earth is a good thing that can be used to our advantage, to galvanise us into “organis[ing] it very economically” and engaging only in the essential.

In 1923, the German-language poet Rainer Maria Rilke also discussed death and its virtues in his letters to Countess Margot Sizzo-Noris-Crouy, describing it as “a friend,” and something integral for enjoying and appreciating life: “…like the moon, surely life has a side permanently turned away from us which is not its opposite but its counterpart toward completion, toward wholeness, toward the actual perfect and full sphere and globe of being.”

Just last year, BJ Miller, executive director of the Zen Hospice Project, echoed this in his TED talk about what really matters at the end of life: “If we love such [sensory] moments ferociously, then maybe we can learn to live well — not in spite of death, but because of it.”

“Aging and dying,” he argued, “can become a process of crescendo through to the end.”

“YET ANOTHER GREAT ADVENTURE”

Perhaps there is no better (or more timely) example of this than a party thrown in late July and Ojai, California, by Betsy Davis, a visual artist who’d been living with ALS, a punishing neurodegenerative disease. California had just passed the End of Life Options Act, and Davis was ready to put it to use, organising an intimate gathering of loved ones, cocktails, uncompromising fashion, even balloons, to send her off on “yet another great adventure” — composing her own crescendo.

Kestrin Pantera, one of the guests, wrote about the “mind-bending weekend,” reflecting: “Death has no answers, it just holds up a mirror and asks who you are and who you want to be.” Maybe we can’t do away with it, and maybe we shouldn’t want to.