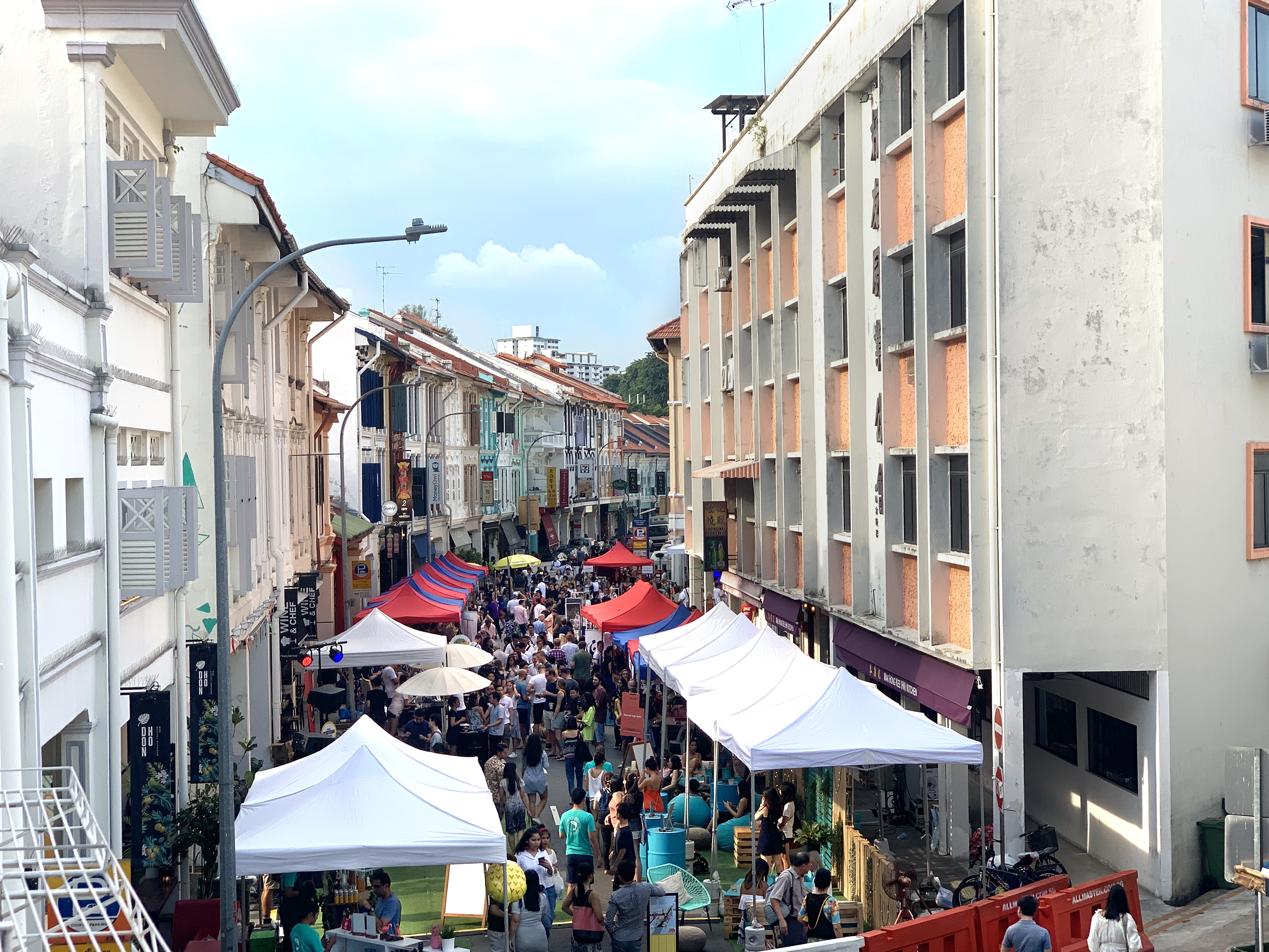 “Your grandfather road ah?” is what we throw out to someone taking their time on the roads in Singapore. They could be taking a while to cross the road, could be parking illegally, or really just doing something you’re not meant to be doing on the roads. It’s yelled out as an insult or jibe, but the premise of the phrase is quite simple; you’re doing something so unfathomably ridiculous on a road, that your granddad has to own that road for you to think you’ll be getting away with it.

Organised by Lopelab, this community-centric event took back the streets by replacing the cars on Keong Saik and Jiak Chuan with art, music, and culture, but as Lopelab founder Lorenzo Petrillo has and will say, Urban Ventures is “not just a street party”.

Urban Ventures is a project that started four years ago, with the intention to raise awareness around the need for more human-centric roads and cities. Lorenzo also lamented that road closures were becoming a trend in Singapore, so it was only fair for us, the people, to take back the streets for a Saturday of fun and colour.

The free-for-all party kicked off with the sun, with aforementioned activities like fitness classes, and opportunities to get crafty along Workship Way, where attendees could take part in community installation projects, weave mini looms, or every get their hair cut for charity.

The Business for Good Zone provided retail fixes with Singapore-based social enterprises set up their markets offering artisanal products. And for food, options were aplenty. Keong Saik residents Neon Pigeon, Limehouse, Kate Utu, alongside alcohol labels like Tanqueray and Johnnie Walker set up shop so your thirsts were quenched, and tummies satisfied.

In the event intended to raise the necessary awareness for sustainability, the profound message that came with Urban Ventures was one to minimise, or hopefully eliminate waste. Straws and single-use cups and crockery were discouraged, and bringing your own cup, or renting one, was rewarded with discounts with participating partners.

The past Saturday’s Urban Ventures was a resounding success, not that there was much doubt behind it, and it was the last of its kind. Lorenzo feels it’s time to move on to the next phase; to carry Urban Ventures through to different urban spaces, unlocking their potential to create long term value. They’ll be surprising us all in 2020!

It may not have been any of our grandfathers’ road, but watching Keong Saik take a dab at the artful, the cultural, the colourful, the boisterous, and the sustainable showed exactly the potential we have at injecting more communities and human-centric activities to our roads in Singapore, and we’re excited to see how else we could help Lopelab, and our country, conjure up more of the same.