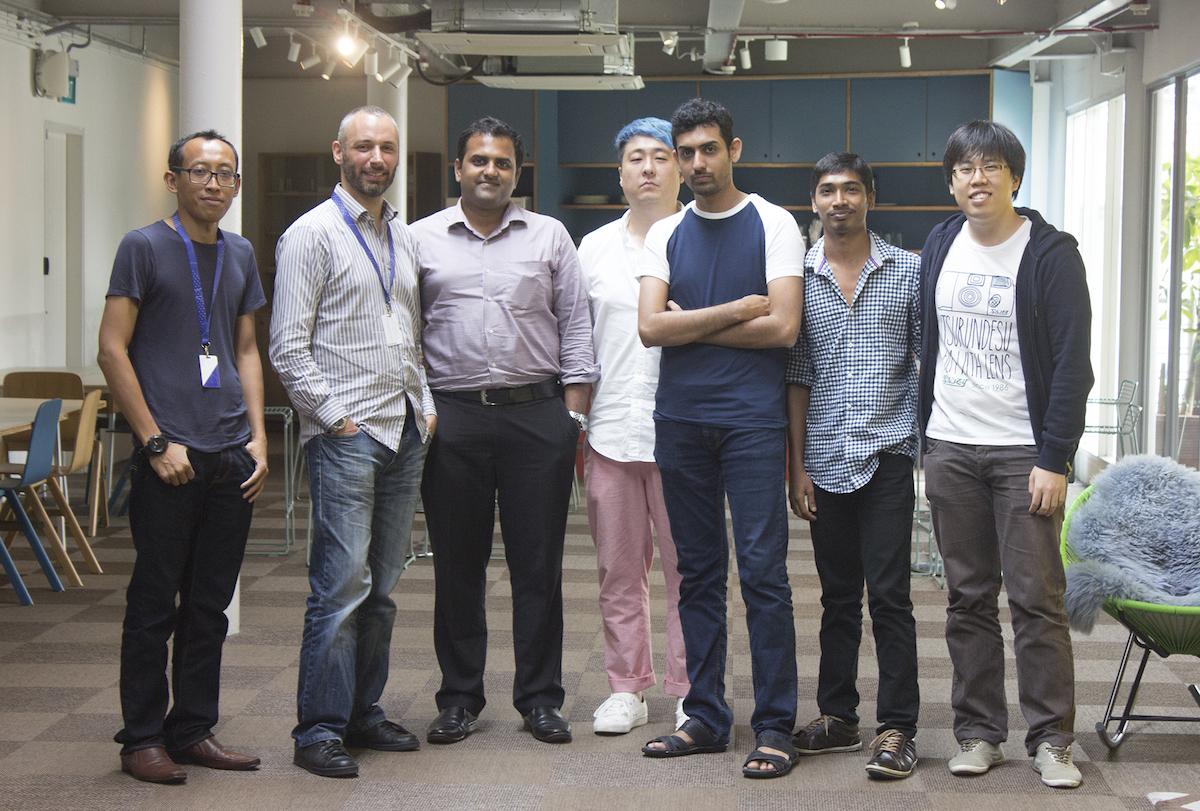 Meet the gentlemen of Accedo Singapore, one of the fastest growing teams at The Working Capitol.

Accedo started nine years ago in Sweden, and builds applications and television experiences for SmartTV’s, Apple TV, Roku, FireTV, Chromecast, iOS, Android, PlayStation, Xbox and web browsers for Mac & PCs — the whole spectrum of the ‘Multiscreen Video Experience’. It currently has offices in 15 locations and over 300 employees — a figure that is quickly expanding.

Chris Hampartsoumian is the Technical Director of Accedo Singapore and responsible for setting up operations in this part of the world (the company’s other APAC locations are in Sydney, Auckland and Hong Kong). In November last year, he arrived at TWC, joining as a Workspot member before transitioning to a 4-person office at the start of 2016 around the time his hiring process began. Accedo Singapore now occupies an 8-person office and has concrete plans of doubling the team in the coming weeks. Most of this growth has been and will continue to be in software development, he shares.

“Some might argue that building software development teams in lower cost markets in this region would be wise, but we are looking for the very best in quality, pace and innovation, and to get that you need to operate in a world-class marketplace like Singapore,” Chris explains. “The best talents in those markets in this region often make their way to Singapore anyway, so here we are hiring them — and we’ve been pretty successful so far.” A number of Accedo’s latest joiners are Computer Science graduates, some fresh and others with a few years of industry experience, from the National University of Singapore (NUS); “I’m delighted we’ve been able to attract talented graduates from this University,” he adds.

Besides top software development skills, Chris says he also looks for “individuals who are excited to work in an industry that is being disrupted and reinvented, able to come up with the new ideas necessary in such an industry, and flexible enough to change the way they work and think.”

He’s conscious of the multidirectional influences that go into shaping culture, especially for a new team like his. While some of its DNA will be “inherited” from the company’s Swedish origins, he notes, and a little will come from the neighbouring, more mature Hong Kong office, Chris is determined to do his part to make Accedo Singapore “a memorable place to work, and to build a team that people want to be part of, and where they can enjoy themselves and learn new things. The Working Capitol is the perfect environment for this.”