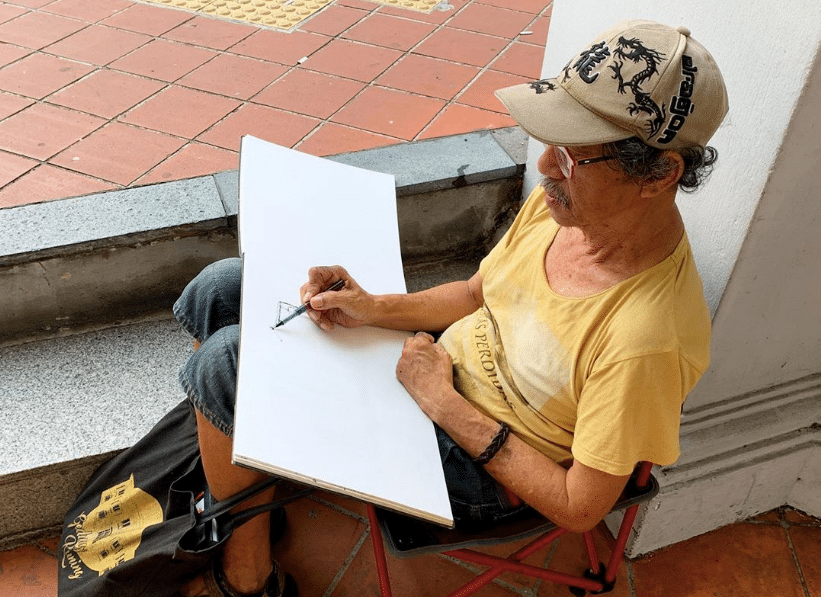 Tony Chua has a word or two for us. He’s part of the Urban Sketchers community in Singapore, showing us the world one drawing at a time. You must’ve walked by him and many others of his community from time to time, paying deserved attention to our neighbourhood, and sketching away into their sketchbooks.

And what’s not to love of the neighbourhood? Juxtaposed against the skyscrapers that surround the CBD, our shophouse scene is a nostalgic tug to the past of Singapore that has made us the cosmopolitan city it is today.

Conserved, preserved, and part of the gazetted Chinatown-Bukit Pasoh Conservation Area, Keong Saik Road really does boast quite the rich history. Keong Saik Road was named after Tan Keong Saik, a Malacca-born businessman who contributed much to the social and intellectual life of the Chinese community.

Rich merchants were said to have kept mistresses in residences alongside incense and grocery shops, coffee shops, and clan associations. Keong Saik served a one-stop convenience for them – female companions, food and clan buddies.

Some of the red lights are still rumoured to glow today, alongside the lights of the temples, the tattoo parlours, the hawkers, the bars, and the restaurants that are littered along the street. But it’s during the day, when the sun shines over a street so honest and hardworking, that really brings about some perspective.

“Everything everywhere is developing too quickly, and if nothing’s really preserved, our future generations will only have so little history that they can learn from,” shared Tony, eloquently, as he showed us his glorious work off his sketchbook. A conversation with Tony was enriching, as he shared that he chooses to sketch as that’s his way of finding calm in today’s world. And what else does he sketch? Mostly heritage gems from around Singapore, but also from around his travels.

Tony Chua’s works, featuring of course the art from around our neighbourhood, will proudly be on display in Vivo City, from 1-30 September 2019, in conjunction with National Library Board’s Urban Sketching for Beginners. Check out their site here for more information.